Women in the UAE: The stars are the limit

History was made when Nora Al Matrooshi, on April 10th, was selected as the first female Emirati astronaut. Undergoing “rigorous tests” for fitness, communications skills and teamwork, she was selected from a pool of 4,305 applicants. As a mechanical engineer, she has been working for the National Petroleum Construction Company in the UAE.

This is testament to the great strides being made in the UAE in terms of female empowerment. In fact, contrary to the views of a lot of expats and tourists, UAE female equality has become a major factor in the region with many new developments being adopted by the government.
Although the UAE is a Muslim country and women’s rights conform to Islamic law, it is a leader on gender equality ranked in first position in the Gulf and 18th in the world, according to the Gender Inequality Index (GII) published in 2020 by the United Nations Development Programme.
The developments in UAE are made more evident when you look at the business and financial sectors, where recent legislation changes show how the current situation on gender equality in such sectors have progressed in the country.

In fact, it is now mandatory for the UAE Public Joint Stock Companies (PJSCs) listed on either the Abu Dhabi Securities Exchange (ADX) or the Dubai Financial Market (DFM) to have at least one female board member.

In 2016 the Securities and Commodities Authority (SCA) had already started to promote diversity in the UAE PJSCs by stipulating a minimum female representation requirement of 20% on the board of directors of a PJSC. However, under the prior legislation compliance with this requirement was on a “comply or explain” basis whereby non-compliance was acceptable as long as this was reasonably explained in the PJSC’s annual governance report.
In other words, there is no longer an option to comply or explain. It is now mandatory to appoint at least one female member to the board of directors of the PJSCs.

“We previously used to accept explanations if there wasn’t compliance, but now we are moving to make female representation compulsory,” the SCA’s Chief Executive Officer Obaid Saif Al Zaabi was quoted as saying by The National News. “So now there must be at least one female member on the board of any listed company.”
Public Joint-Stock Companies listed on the ADX or DFM are required to comply as soon as possible with the minimum female board representation requirement to avoid the imposition of any of the penalties for breaches of the Joint Stock Companies Governance Manual set out under Article 82 of the same.

Just as UAE history was made with the first female Emirate Astronaut in April and world history was also made, when two months back, on February 9th, the UAE Hope Probe successfully navigated 493 million km away from Earth into Martian orbit. History is frequently being made with new legislation in the UAE. Today is a better time than ever for intrepid female expats or aspiring entrepreneurs to understand the possibilities in the UAE brought about in part due to the progressive and innovation-driven nature of the UAE’s governance. 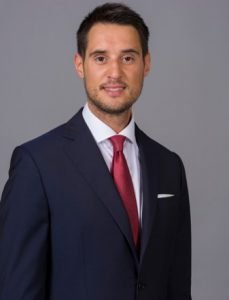 Francesco has a considerable experience in corporate, commercial and contract law, as well as extensive knowledge of real estate issues.
Prior to joining ADG Legal, he worked in several regions (including the EU, the Middle East, APAC, India and South Africa) and had the opportunity to prepare and negotiate a wide range of contracts for the management of internal and transnational commercial operations in various sectors.
Graduated in Law from the Luiss University of Rome, Francesco began his career in the business department of Bonellierede (Top-Tier 1 and the largest law firm in Italy). Later, he moved first to Gucci (a luxury fashion company) and then to Axitea (a global provider of physical and cyber security), before moving to Dubai.
During his time in the company, Francesco worked closely with shareholders,
directors, CFOs, COOs and other stakeholders. The knowledge and experience acquired have allowed him to familiarize himself with the underlying dynamics of companies and their legal offices and, therefore, to fully understand the perspective and needs of customers. Francesco also volunteered for various international organizations, as a Young Ambassador of Peace in California and New Zealand and later as Club Membership President and Censor within Lions Club International.
Francesco is fluent in Italian and English with a working knowledge of Spanish.