Events in the UAE 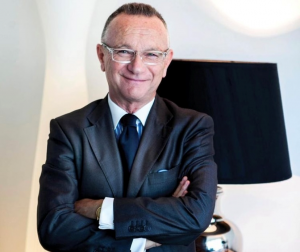 Dear Secretary, can we make a brief summary of the year 2020?
It was the year characterized by the pandemic which put the world economy in difficulty. In fact, Italian exports had a decline of 16%, a number never seen in the past. However, I believe that thanks to the news related to the available vaccines, from the end of the first quarter we are going to see a strong recovery of the world economy including the UAE economy, which will be the first to recover in my opinion, and as a consequence also the Italian exports.

And concerning the Chamber specifically?
For the Chamber, as for everyone, it was a difficult year that instead saw a very positive ending.
First of all, the recognition of the contribution of the 2019 budget and the Extraordinary one granted as an aid for the difficulties related to the Pandemic, by the Ministry of Productive Activities. I confess that we have received a lot of satisfaction from the positive outcome of the Ministerial Inspection that has just ended, which consequently also unlocks the contribution to the 2018 budget. I would say an excellent end of the season.
Last thing, the large attendances in the two General Assemblies should be noted and in particular, that of December 13 just ended, which saw a renewal of almost 50% of the Chamber Council, voted unanimously by the Members present. Just on December 29, the top executives of the Chamber were appointed with a wide renewal, as reported in detail on this site.
I am also pleased to say that our Chamber ranks 9th out of 74 Italian chambers of commerce in the world.

What is the most relevant activity of the Chamber of Commerce?
I must say that thanks to the management of the President and the Board of Directors, the Chamber was able to adapt quickly to the changes induced by the Pandemic through the organization of E-Missions. We made changes related to the methodology used in past years: instead of carrying out missions in person, the entrepreneurs were still able to talk with Emirati operators, through B2B meetings via WEB, with the assistance of the chamber team. The 3 main events, also calibrated and adapted to the general situation, should be noted: the Italian Food & Beverage in the UAE which saw the participation of 42 Italian companies and Made in Italy in the Gulf Countries, the first multi-sectoral portal that will start in January 2021, which saw the participation of more than 230 Italian companies. I would also mention the Gulf International Congress, although organized via the WEB, which saw the participation of over 100 Italian professionals, Representatives of the Chamber for 2021.

Ideas of activities for the new year?
Certainly, we are working on it and there is already a draft program, which will be enriched by the proposals of the new working groups of the Chamber that will be appointed in the coming days. The Presidency, after examining the 2021 Program and the related Budget, will present them to the next Chamber Council scheduled for January 24, which will express the final judgment. Only then will we be able to publish the activity proposals for 2021.