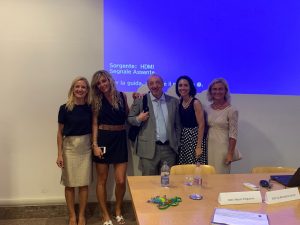 THE JUDICIAL SYSTEM IN THE UAE – UDINE, 4TH JULY 2019
Thanks to the amazing organization of Dott.ssa Ilenia Taurian, the IICUAE took part to the event “Il Sistema giuridico negli EAU”, which was held in Udine, Sala Scrosoppi, Vilae Ungheria. The event has been done under the patronage of the Chamber of Commerce of Pordenone and Udine and by Udine Lawyers Association. The event was opened by the greetings of Avv. Ramona Zilla (Udine Lawyers Association), which was followed by the greetings of Dott.ssaMaria Lucia Puilussi, Secretary General of the Chamber of Commerce of Pordenone and Udine.  The Congress was opened with the speech of Dott.ssa Ilenia Taurian, which has analyzed the principal reasons explaining the attention, from a legal and corporate point a view, towards Middle East in view of Expo 2020 and about the economic aspects of the Region. It was followed by the County Presentation which has been done by Benedetta Bottoli, Deputy Secretary General of the IICUAE and by the speech of Dott. Mauro Finiguerra, expert and teacher of fiscal and tax matters. In the end the speech of Avv. Alessia Stalino which compared the judicial and fiscal European system with the Emirati’s one. At the event, there were present almost 70 lawyers of Udine’s Court.

MEN ON FAMILY VISAS CAN GET WORK PERMIT
Men who are under the sponsorship of their families will be eligible for UAE work permits, according to a new rule implemented by the Ministry of Human Resources and Emiratisation. Previously, these permits were exclusively issued to women who were under the sponsorship of their family. The resolution aims to provide stability to families by enabling them to increase their source of monthly income. Grating work permits to men and women sponsored by their families aims to help firms meet their recruitment demand from the resident population itself. This is expected to reduce operational costs for employers as they don’t have to recruit outside the country.
Source: Khaleej Times 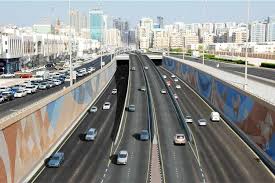 ABU DHABI TOOL SYSTEM FROM OCTOBER 15
A road tool system  will be rolled out on all four roads heading to the Abu Dhabi City from October 15. the Abu Dhabi’s Department of Transport officially confirmed the implementation of the new electronic tool collection  system similar to Dubai. motorists traveling through the four major bridges leading into Abu Dhabi islands will be charged Dh4 during the peak hours between Saturday and Thursday, while the tool charge for off-peak hours will be Dh2. it aimed to encouraging the public to use Abu Dhabi’s Public transport network, to reduce the use of private vehicles and to encourage carpooling by company employees and even family members.
Source: Khaleej Times 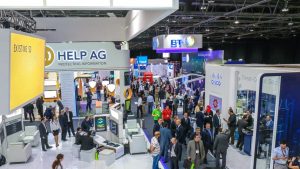 EVENT FULL: DUBAI SET TO HOST MORE CONFERENCES
Dubai Business Events (DBE) recorded exceptional results during the first half of 2019, securing 118 successful bid wins for events to be hosted in Dubai over the coming years. These events won, including conferences, meetings and incentives are set to attract 75.288 delegates from around the globe to Dubai over the coming years, representing growth of 17% on the delegate impact of bid wins from the same period in 2018.
Source: Khaleej Times

EMAAR TO BUILD FIRST 3D-PRINTED HOME
Emaar Properties announced plans to build its first 3D printed home in Dubai.. Following a global competition in which the world’s leading 3D printing technology providers participated, Emaar has awarded the contract in 3D-print a model home in Arabian Ranches III. Under completion, the 3D printed model home will serve as a reference point for investors to further understand the concept and appreciate the value add that advanced technology brings to the real estate sector.
Source: Khaleej Times 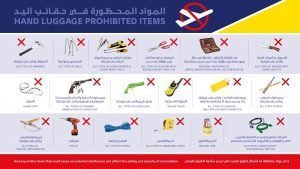 CHECK WHAT YOU PACK BEFORE YOU FLY
Millions of travelers pass through the Dubai airport every year: among the 89.1 mln recorded last year, there were thousands who had unintentionally put some prohibited items in their bags. From August to September last year, at least 41.000 cases of confiscations were recorded. This is why this summer the Dubai Police launched a campaign called “Let your travel be fun”, which focuses on reminding people about the things that they shouldn’t take with them when they travel, as well as some guidelines in packing certain items.
Source: Khaleej Times 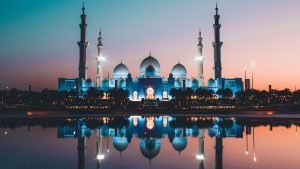 WANTED: TALENT AT UAE’S DH2.5T WEALTH FUND
The Abu Dhabi Investor Authority (Adia) is recruiting for a number of positions as it plans to increase active investments in fixed income in the coming years. Adia has been increasingly focusing on managing funds internally as 5.5% of its portfolio is now managed by external Managers, down from 60% three years ago. It appears likely that global growth will remain stable for the foreseeable future, although contributions will be spread unequally between countries. Thanks to its highly-diversified portfolio, the sovereign wealth fund said it has been able to withstand the ups and downs of markets over many years to produce sustainable, long-term returns for the benefit of Abu Dhabi.
Source: Khaleej Times 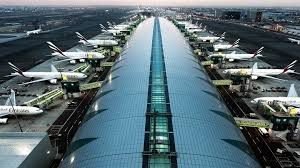 CLIMBING UP THE RANKS
Dubai and Abu Dhabi’s outlook in terms of personal well-being, long-term investment, GDP growth, innovation, transparency and case of doing business has improved substantially over the last one year, thanks to the host of reforms and measures taken at the federal and emirate level. At Kearney’s Global Cities Index 2019 has raised the outlook of Dubai by 10 positions to 32nd while Abu Dhabi’s ranking leapt even higher by 30 positions to 20th. Analysts attribute the improvement in rating to the initiatives announced by the two emirates such as reduction in public services fees, 100% foreign ownership, long-term visas, free tourist visas for tourists under the age of 18, introduction of  e-services by the public sector and a stimulus package to create jobs, among others which improved their attractiveness, quality of life and governance and ease of doing business.
Source: Khaleej Times 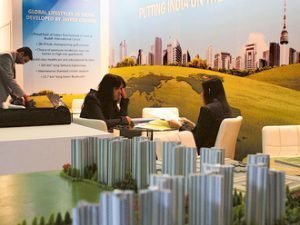 SMART DUBAI TO LAUNCH EXPO 2020 VIRTUAL ASSISTANT
Powered by Artificial Intelligence (AI), Smart Dubai’s city concierge service Rashid is set to be the official backbone of Expo 2020 Dubai’s virtual assistant solution. Rashid can be accessed through any smart device and will offer users detailed information about Expo 2020 and the city of Dubai, including data on fights and hotel bookings. It is in line with the UAE’s plans to offer best-in-class  services to visitors from around the world as it hosts the first World Expo to take place in MEASA.
Source: Gulf News